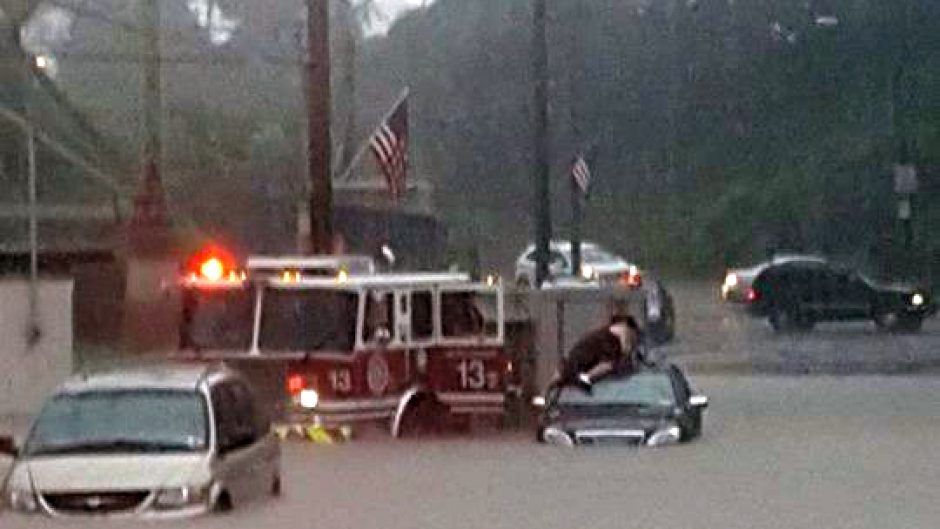 On March 27, 2020, the Board of the Pittsburgh Water and Sewer Authority (PWSA) convened its monthly board meeting via telephone conference line. The Board received comments from several residents of The Run, the neighborhood most directly affected by the PWSA’s 4-Mile Run Stormwater Improvement Plan. They asked the Board to create a model for the project that excludes the controversial Mon-Oakland Connector (MOC) road through Schenley Park.

PWSA Chief of Program Management Alex Scuilli has stated on the record that no such models currently exist. MOC opponents have long contended that the MOC—a development project designed to lure corporations to Hazelwood Green—should not take precedence over the stormwater project, which addresses severe flooding in The Run as well as an EPA mandate to separate stormwater from sewage.

Despite its importance to public safety, the stormwater project is not expected to fix the flooding but only lessen it. Right-to-Know documents show Pittsburgh mayor Bill Peduto’s chief of staff Dan Gilman admonishing the PWSA to “improve the messaging on this issue” to adjust residents’ expectations. The vast majority of runoff that floods The Run comes from Greenfield—not Schenley Park, where funding for the stormwater project has been directed. Yet the project was originally pitched to residents as a way to address the flooding issue. The “messaging” changed in early 2019—well into the engineering process. The core project in Schenley Park has long been considered “technically challenging” even without incorporating a new road.

It seems likely the $41 million stormwater project could be more effective if it weren’t required to accommodate the MOC. Multiple experts have told residents of affected neighborhoods that the MOC could hinder flood control. Recently, Pittsburghers for Public Transit worked with analysts to complete a cost-benefit study of expanded public transit versus MOC shuttles in affected neighborhoods—but some costs of the MOC fall outside the scope of that study, including harm to the stormwater project’s effectiveness and to Schenley Park itself. These costs must be examined at least as carefully as the costs of inefficient shuttle service.

There is a clear public need for the PWSA’s stormwater project, and a clear lack of need for the MOC. The MOC benefits developers, not residents, and exemplifies the “non-essential construction” Governor Wolf has halted during the COVID-19 crisis. It is more prudent than ever to develop alternative plans.