Pittsburgh’s Department of Mobility & Infrastructure (DOMI) hoped its October 21 public meeting on the Mon-Oakland Connector (MOC), the first in almost a year, would give citizens one final chance to feel useful arranging deck chairs on the Titanic. But they ran out of deck chairs: The virtual Zoom meeting quickly surpassed its original 100-participant limit and blocked many from joining. After about 20 minutes, meeting organizers solved the problem by expanding capacity to 200 and attendance nearly topped that limit as well.

For the first time, a representative of Almono Limited Partnership (owners of the Hazelwood Green development) was on hand to answer questions from the public. Earlier in the week, Almono unveiled their plan to operate shuttles on the proposed road that uses Schenley Park to connect Hazelwood Green with the universities in Oakland.

Pittsburgh City Council member Corey O’Connor, who represents the affected communities of Hazelwood and Greenfield, was frustrated by the presentation. “We are finally getting answers to some of our questions, which I think is the biggest joke of all time because we’ve been waiting six years for them,” he said.

Councilman O’Connor said the frustration “dates back to the first meeting when we showed up and we had five squiggly lines [representing potential routes for the shuttles] going different ways and we knew we were only going to use one line [the route through Schenley Park] at the beginning, and that was it.”

Alternatives to the MOC plan exist, although the City has failed to give them meaningful consideration.

Our Money. Our Solutions. is a “holistic mobility package” created by residents, community organizations, and others in the affected neighborhoods in cooperation with Pittsburghers for Public Transit. Run resident Barb Warwick said the plan “would provide our communities with faster, more effective, and more affordable bus service to many more locations than just Oakland.”

Richard Feder, an adjunct professor of transportation engineering at the University of Pittsburgh, spoke on behalf the Hazelwood BRT project proposal, which resulted from the 2020 Southwestern Pennsylvania Commission planning study of the State Route 885 and Second Avenue corridor.

“Even worse,” Councilman O’Connor continued, “and this is for my residents in The Run—and I hope this is not true, but the $41 million that we were promised for [the Four Mile Run Stormwater Improvement project] has now turned into 16 million…If it doesn’t stop the flooding problem and protect people, then it’s a bigger farce than it was at the beginning.”

According to PWSA’s own presentation from June 2020, the number is closer to $14 million. In their September 2020 presentation, PWSA tried to cover their tracks by adding costly items they remembered over the summer.

Councilman O’Connor’s constituents responded in the chat with resounding support of his remarks.

David Caliguiri, the Almono consultant in attendance, characterized the proposed shuttle as “just one part” of “a suite of enhanced transit options.”

Jonah McAllister-Erickson of Pittsburghers for Public Transit responded in a comment, “The constant in the many many iterations [of the MOC plan] has been the shuttle. The idea that this isn’t about the shuttle is laughable. It is and has always been about some sort of shuttle.”

DOMI director Karina Ricks admitted the shuttle component is key because it aims to spur development at Hazelwood Green.

Many MOC opponents expressed concern about the lack of plans in place to protect renters in Hazelwood and Greenfield from the increased housing costs that such large-scale development projects always bring.

Run resident Ziggy Edwards said the City has a long history of deceptive actions related to the MOC project, and that several of her neighbors near the Swinburne Bridge recently received letters from DOMI citing eminent domain.

Ricks responded, “It is a letter written by a lawyer and, unfortunately, they do reference the right of eminent domain. The City has absolutely no intention to take properties [as part of the bridge construction]. There is a possibility there might be some slivers that will be needed to create new footings for the bridge.”

“She just referred to our neighborhood homes and properties as ‘slivers,’” commented Run resident Justin Macey. “These are our HOMES.”

Hazelwood Initiative director Sonia Tilghman discussed foundation-supported programs in Hazelwood that have allowed her organization to buy 63 occupied units and keep them affordable.

“My concern generally,” said Tilghman, “is that as transportation and access improves to the [Hazelwood] neighborhood—which it absolutely has to—whether that’s through [the MOC project] or through the additional 75 or the 93 [bus lines], we will continue to feel gentrification pressures. And it’s not a fight that we can do alone, so we need additional affordable housing like Gladstone School—we have a partner in that. All of those units will be [for people with incomes] 60% or below AMI [area median income]—it’s not 60-80% where you could find a decent unit without the subsidy. So we’re working on that.”

No organizations or programs exist to provide similar protection to residents in The Run, who would experience the most direct and profound disruptions to their community from the MOC plan.

Earl Danielson commented, “I’ve sat here and listened to a lot of rhetoric … I understand the resistance and the ‘not in my back yard’ mentality of the Run residents but I just wanted to voice my opinion as a property owner in Hazelwood that, properly implemented, the corridor and the connector could be a huge net plus and address many of the issues on the dearth of employment opportunities and shopping and a lot of the other issues that have been hung on Hazelwood since the late ’80s.”

Moderator Ivette Mongalo-Winston, owner of Mongalo-Winston Consulting LLC, chimed in on the chat, “Please keep this dialogue respectful- re: NIMBY discussion- this is not a personal issue.”

One might wish Mongalo-Winston had been referring to Danielson’s characterization of Run residents as NIMBYs rather than Rooke’s subsequent comment, but this was not the case. Although the comment contained information that reflected poorly on Danielson’s position, it was truthful and entirely relevant. Many MOC opponents went out of their way to display civility.

Hazelwood resident Eric Williams commented, “@Earl. I disagree with you, but I respect you for representing the other side.”

A record of the meeting is available on the MOC (renamed the Mon-Oakland Mobility Project) website. The partial video begins after the Zoom limit issue had been addressed. Names of foundation and project representatives on the call were not repeated so they are not part of the record. The complete chat transcript includes discussion of the technical difficulties during the first presentation.

Numerous residents, transit advocates, and university students spoke in opposition to the shuttle road. We will devote a separate post to their statements, as well as statements from those who did not get a chance to speak. 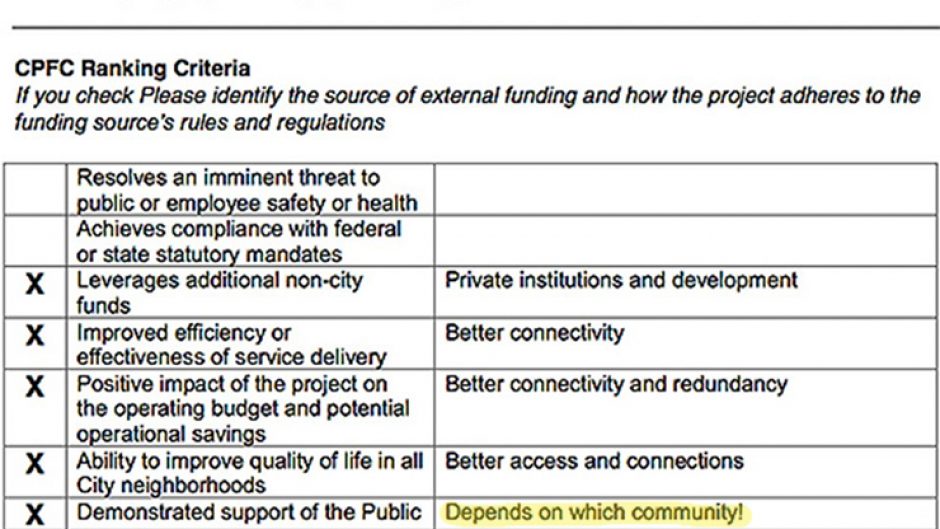 On October 21, 2020, Pittsburgh’s Department of Mobility and Infrastructure (DOMI) will hold what they say is the final public meeting on “phase 1” of their Mon-Oakland Connector (MOC) plan. The project is so controversial, DOMI renamed it the Mon-Oakland Mobility Project—its third name in five years.

In slide 5 of their presentation for this virtual meeting, DOMI lists “Citywide Mobility Goals & Objectives.” When you consider these goals next to the MOC, which calls for building a road through Schenley Park to run 6- to 9-passenger shuttles at 15 mph between the Hazelwood Green development and Oakland university campuses, the controversy becomes clear.

No one dies or is seriously injured traveling on city streets

The Junction Hollow and Eliza Furnace trails together offer pedestrians and cyclists the only car-free route between Oakland, Downtown, and the South Side. The MOC eliminates this safe connection by putting motorized shuttles on Junction Hollow Trail—steps away from a playing field used by youth sports groups and others from around the city. On September 17, 2020, a UPMC shuttle ran over and killed a female pedestrian who was crossing an Oakland street.

Every household can access fresh fruits and vegetables within 20 minutes travel of home, without needing a private automobile

MOC’s planned shuttles run between Hazelwood and Oakland, neither of which has a grocery store. Both neighborhoods do have small, family-run shops that sell produce—Dylamato’s in Hazelwood and Groceria Merante in Oakland. But neither of those is on the shuttle route.

Major problems here. There is no guarantee that the cost of riding the privately-operated MOC shuttles will be affordable to low-income residents in the long term. The cost of running the shuttle service, which is designed for fewer than 1,000 daily riders, is extremely high. Yet successful development of Hazelwood Green will outgrow the MOC almost as soon as the road is built. Hazelwood Green expects 20,413 daily trips to their development by 2028. Most distressing of all, no plan is in place to protect renters in Hazelwood and Greenfield from the increased housing costs that such large-scale development projects always bring.

Walking, rolling, or biking is the most enjoyable choice for short distance trips

We rely more than ever on our public parks for health and recreation, but it seems even these crucial green spaces are not safe from developers. Cyclists who use the existing trail consider the MOC a degradation of the trail because they will be forced to share that space with shuttles. Building a new road that is primarily for shuttles through Schenley Park certainly does not improve safety or enjoyment for the cyclists the city says it wants to encourage.

If you’ve read this far, you can decide for yourself how the MOC stacks up against this “mobility goal.” Does the MOC reflect your values? City officials want to spend $23 million of our taxes on this project whether we like it or not. And—since the MOC is the single biggest transportation corridor investment the City of Pittsburgh is contributing to—they are making a statement that it’s our biggest transportation priority.

Residents of affected communities created an alternative plan called Our Money, Our Solutions (OMOS) that does a much better job of connecting more people to more jobs, grocery stores, healthcare, and amenities—all for significantly less money. The community-driven plan has led to weekend service on the 93 bus line and forced DOMI to claim that key components of OMOS were always part of the MOC plan. But MOC’s aim has not changed: Build a road through Schenley Park to accommodate shuttles that serve the universities and Hazelwood Green development.

The MOC reflects someone’s values, and those values are attached to dollar signs for a few at the expense of many. Our public representatives are lifting the goals of private universities, foundations, and developers above our needs.